Over 330 projects have been financed since the launch of the Small-scale Initiatives Programme (PPI) in 2006 and the PPI OSCAN (North African civil society organisations) in 2014. The FFEM, IUCN French National Committee and IUCN Centre for Mediterranean Cooperation have worked together on an
publication
capitalization
Downloaded 23 times 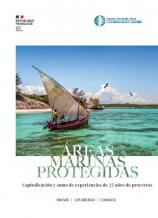 Since its creation in 1994, the FFEM has favoured innovative environmental projects that can be replicated at larger scale. To do so, it is essential to capitalise on experiences gained from these projects and to learn from them in order to improve future projects. That’s why the FFEM is launching
publication
annual report
Downloaded 95 times 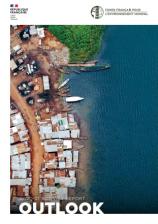 Midway through its 2019 - 2022 strategic cycle, the FFEM is publishing its latest Activity Report covering the full range of its actions in 2020 and 2021. This new report presents the FFEM’s action principles, illustrated by various projects currently underway together with interviews and
publication
Brochure
Downloaded 36 times

Since its creation in 1994, international waters and aquatic ecosystems have remained two of the FFEM’s priority action areas. These will be highlighted in 2021 through a number of international events, such as the World Conservation Congress and the UN Biodiversity Conference (COP 15). To mark
publication
annual report
Downloaded 61 times 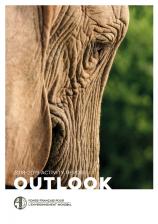 For 25 years, the French Facility for Global Environment (FFEM) has been financing projects that combine environmental conservation with local development in the global South. Our initiatives are squarely focused on innovation and a partnership-based approach
publication
Downloaded 14 times