12 result(s) for your search
FiltresX 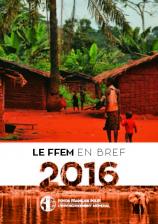 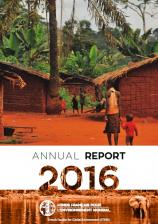 The French Facility for Global Environment/Fonds français pour l’environnement mondial (FFEM) has been working for more than 20 years to combine environmental preservation and sustainable development in developing and emerging countries. This inter-ministerial financial instrument serves the French
publication
Downloaded 55 times

The publication, produced by the French Environment and Energy Management Agency (ADEME) in association with the FFEM and its Moroccan counterpart, AMEE, report on the progress made with regard to the financial backing provided by a number of international funding agencies for the Moroccan
annual report
Downloaded 2 times

This report covers the performance of Conservation Trust Funds during the calendar year of 2011 and relies on information provided by 31 Funds in Africa, Latin America, the Caribbean and Asia about endowments, sinking funds and revolving funds
Brochure
publication
Downloaded 32 times

This is the third in a series of assessment reports on the performance of conservation trust funds from 2006 to 2009. Conservation Trust Funds for (CTFs) are innovating mechanisms designed to ensure conservation and sustainable development over the long term. Of more than 50 CTFs established in
annual report
Downloaded 1 time