©Nicolas Hertkorn-AFD
Results from the “Biodiversity modelling and scenarios” programme, set up by the French Foundation for Biodiversity Research (FRB) and backed by the FFEM, were shared during a feedback session held on 15 January 2021. An opportunity to assess the impact of 5 projects aimed at highlighting biodiversity issues across different biotopes.

The FFEM has been supporting the “Biodiversity modelling and scenarios” programme, set up by the French Foundation for Biodiversity Research (FRB), since 2013. The programme aims to highlight the main biodiversity-related threats in order to encourage better preservation by countries in the Global South, where much of the world’s biodiversity is concentrated.

Five projects were selected to gain insight into how biodiversity responds to global and local changes, across very different geographical areas. These projects involved a consortium of different actors: members of the scientific community from the Global North and South, national decision-makers, local inhabitants and, in some cases, students. Long lasting partnerships were forged between research institutes in order to work on issues fundamental to sustainable development and the long-term preservation of ecosystems.

The BIO-THAW project was carried out in the Bolivian wetlands of the tropical High Andes, at more than 400m altitude. This fragile ecosystem, surrounded by glaciers, has a very high concentration of biological diversity. Bogs, a feature of this region, are a precious resource, many farmers relying on them when rearing llamas and alpacas. The region is directly affected by climate change, which is accelerating the melting of glaciers.

This project, led by the French National Research Institute for Sustainable Development (IRD), is characterised by a transdisciplinary approach, with ecologists and entomologists studying biodiversity whilst anthropologists and sociologists worked with local herders. Based on climate and socio-economic scenarios, the aim was to understand the potential threats to water resources. The link between water resources and biological diversity was also examined. Fieldwork has allowed risk maps to be produced that pinpoint the bogs to be conserved as a priority because of their rich biodiversity, their essential role for herders and their vulnerability to climate change.

The project garnered much attention from the scientific community and the media. A summary, as well as numerous articles have been published in specialist reviews. Several actions have been put in place to raise awareness among the general public on the importance of preserving this region. For example, a smartphone app has been developed which has also helped to encourage participatory research. A photo montage entitled “Oases in the Andes Mountain Tops” was presented in both Bolivia and France, to raise the profile of this little-known but exceptional ecosystem. In addition, the project has been referred to in two films: Le monde de Jamy (Jamy’s world) and Planète glace (Ice planet)

Madagascar is a territory of exceptional biodiversity, as much for its fauna as its flora: over 12,000 species of plants are found here, 99% of which are native. The disappearance of Madagascar's forests would result in whole swathes of the world's biodiversity being lost. The BioSceneMada project, set up by the French agricultural research and international cooperation organization for development (Cirad), aims to study the different evolution scenarios for biodiversity in relation to climate change and deforestation.

Climate change will strongly impact both fauna and flora in Madagascar. According to the project's findings, Madagascar is likely to experience a general decrease in rainfall and a rise in average temperature, leading to increased water stress. Seasonality is also likely to increase, threatening the survival of plant species less well adapted. Three of the seven species of baobab trees found in Madagascar are already threatened with extinction due to climate change.

The BioSceneMada project has enabled deforestation rates between 1953 and 2017 to be re-evaluated, showing that these have accelerated since 2005. The main cause of deforestation is slash-and-burn agriculture, primarily for commercial plantations (maize and peanuts). Projections on the probability of deforestation have been calculated and without action, the Madagascan tropical forest is set to disappear completely by 2100. These conclusions are alarming, and may be applied to all tropical zone countries. Measures to limit deforestation must be taken: encouraging reforestation, establishing ecological corridors and avoiding products that contribute to deforestation.

The CAMMiSolE project, run by the French National Research Institute for Sustainable Development (IRD) in partnership with several laboratories, aimed at helping Madagascar’s small farmers by studying soil microorganisms. These farmers work poor-quality soils, which are lacking in resilience and require long set-aside periods. While unable to afford chemical fertilisers, the farmers do have at their disposal various forms of organic matter such as manure, ash and compost. Each contributes particular elements to the soil. Their effects may be synergistic or deleterious, depending on the crop. Testing each one of these solutions requires farmers to invest considerable time, and brings with it the risk of harming yields. This has resulted in the use of cattle manure on a massive scale.
Over the course of the project different soils from Madagascar and their microorganisms were analysed, together with the interactions between different organic inputs and cultures. The data was published in scientific reviews and was the subject of two theses, one of which received the accolade of the FRB’s ‘Young Researcher Prize’. On the basis of this work, a digital platform was created to bring together the project’s results and model the effects of a three-year agricultural strategy. This tool was created in collaboration with local farmers. It could also be used for research.

The CoForSet project, coordinated by Cirad, was aimed at developing scenarios that modelled the evolution of Congo Basin forest landscapes over a century. The scenarios were developed at a regional scale, covering Cameroon, Gabon and the Democratic Republic of the Congo. The project, like others in this programme, was characterised by a transdisciplinary approach that brought researchers from very different fields together with institutional actors, members of the mining and forestry industries, and local inhabitants.

The ecologists produced biodiversity maps, whilst their human sciences colleagues turned their attention to actors on the ground. Some work on standards, rules, law and institutions has also been undertaken. The project’s main challenge was the linking of these three approaches to allow realistic projections to be made for the future of this forest ecosystem.
To get the actors involved and imagine possible outcomes, a role-playing game was created that modelled the situation and constraints on the ground. This innovative tool shed light upon the actors’ different interests, so facilitating decision-making etc.

The CERISE project, set-up by the IRD, has been looking into two invasive rodent species in Senegal: the house mouse (Mus musculus), which proliferates in cities, and the Nigerian gerbil (Gerbillus nigeriae), found mainly in the fields and savannah. Both species are spreading, mainly because of the expansion of transport links. They are classed among the 100 most invasive species in the World, since they threaten the environment and local predators whilst also feeding on human food stocks.
In the course of the project expansion models for the two rodents were created and confirmed through field work, allowing their future spread to be predicted. A model of multiple transport providers was undertaken in Senegal, helping to explain the distribution of house mice. A mobilisation platform on mice and gerbils has been created.
Findings from the project were shared locally through various media: community radio broadcasts, posters from local authorities, workshops in villages and small towns, etc. A film entitled Des envahisseurs au Sahel (Invaders in the Sahel) was produced. In this way, concrete actions could be taken to reduce the spread of invasive rodents, such as improved food storage systems.

Ultimately, all these research approaches must feed into public policies to help improve the preservation of biodiversity. The FFEM fully supports this Science to policy approach. Each of the projects called upon multiple actors: scientific, institutional and local, for a science of sustainability related to real local and global issues, such as climate change. This programme for modelling biodiversity scenarios successfully involved stakeholders in sharing good practices. 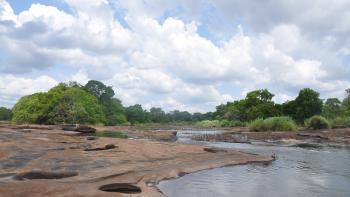 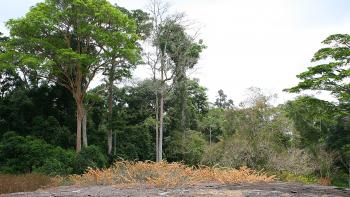 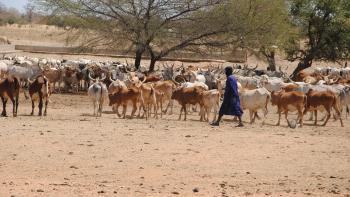